You are here: Home / Archives for DACA 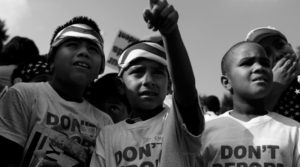 In 2012, then-Secretary of Homeland Security Janet Napolitano announced that her department would not deport certain undocumented young people who came to this country before they were 16 years old. As long as these people were not a threat to national security and met certain other criteria, they could apply for temporary permission to stay […]
5th Circuit did not grant the government’s request to stay the injunction There will be an oral argument on the merits of the case on July 10th Actions are being taken in the implementation of parole status for entrepreneurs and job creators Proposal in giving work authorization to people in certain cases who have approved […]
Hello everybody. Thanks for joining for another episode of Ask An Immigration Lawyer. And we continue a series of breaking down some important issues of the executive action announcement by President Obama on November 20th. In previous episodes, we talked about the way it’s going to be enforced, implemented, and the new DAPA program. In […]
Thank you for joining our show, listening to us. I’m getting a lot of emails recently for people asking questions about the new executive action mostly and our first several episodes are going to talk about that. We’re going to try to break it down as much as we can. I encourage you to send […]
Thanks again for tuning in, and I’m excited to bring in our second episode. Got some good feedback as we started this show. I wanted to answer the main first question that I’ve been getting is, “what is this executive action all about? What is this about? What is it going to do?” And so […]
Application Finder
Resources
Legal
SimpleCitizen