You are here: Home / Archives for Living in the United States

Living in the United States

Thinking of making the United States your home? You’ll need a green card. Although the process can be rather long and seemingly complex, SimpleCitizen is here to help make the process as smooth and easy as possible. Having a U.S. green card, in this case, is not only necessary but offers many benefits that only […] 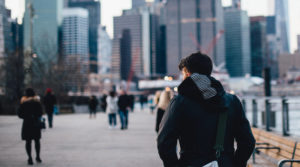 I was an undocumented immigrant for eight years. It wasn’t until I was almost out of high school when I finally got my green card. This is a list of 8 tips that my family and I used in order to start our life in the United States despite being undocumented. 1. You Still Have […]
Thank you for joining our show, listening to us. I’m getting a lot of emails recently for people asking questions about the new executive action mostly and our first several episodes are going to talk about that. We’re going to try to break it down as much as we can. I encourage you to send […]
Thanks again for tuning in, and I’m excited to bring in our second episode. Got some good feedback as we started this show. I wanted to answer the main first question that I’ve been getting is, “what is this executive action all about? What is this about? What is it going to do?” And so […]
Hello everybody, this is Attorney, Jacob Sapochnick. Just want to record this quick video about the new executive order announced yesterday, November 20th, by President Obama. I wanted to get the first video out. I’m going to do a more detailed series about this issue. But essentially what happened is that Obama released this order […]